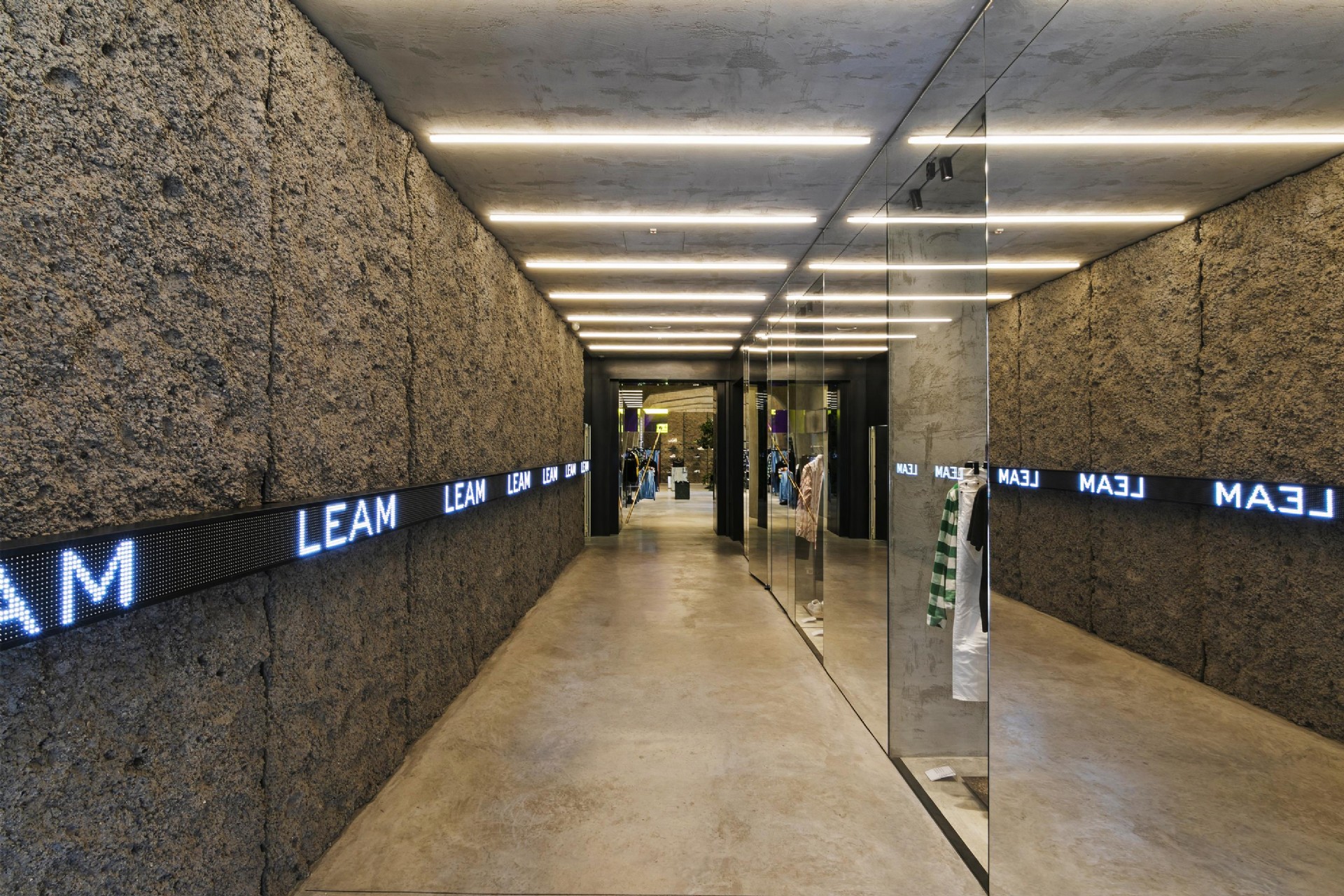 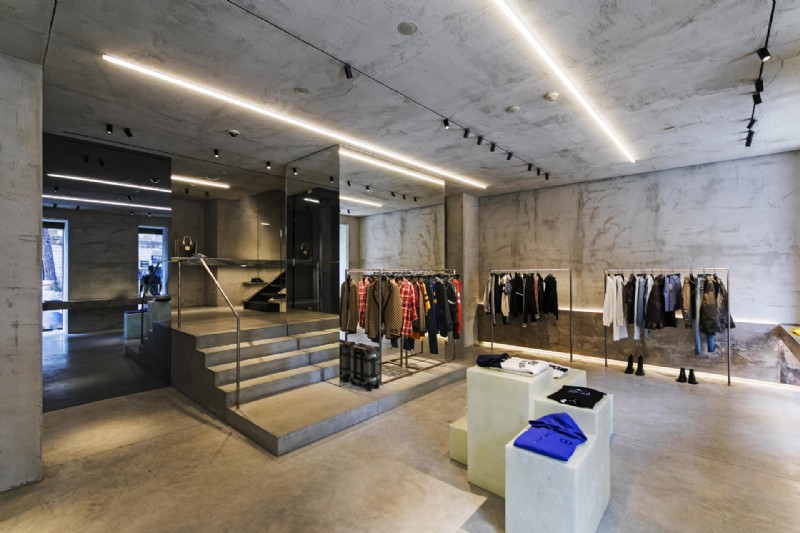 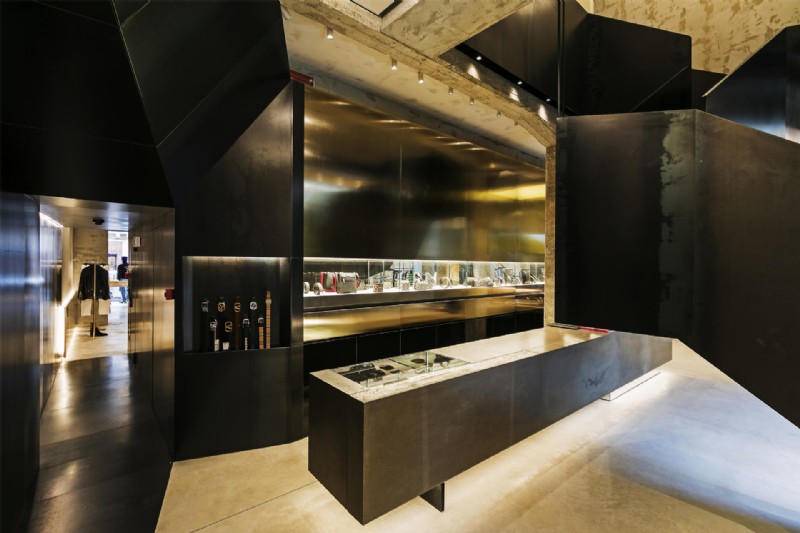 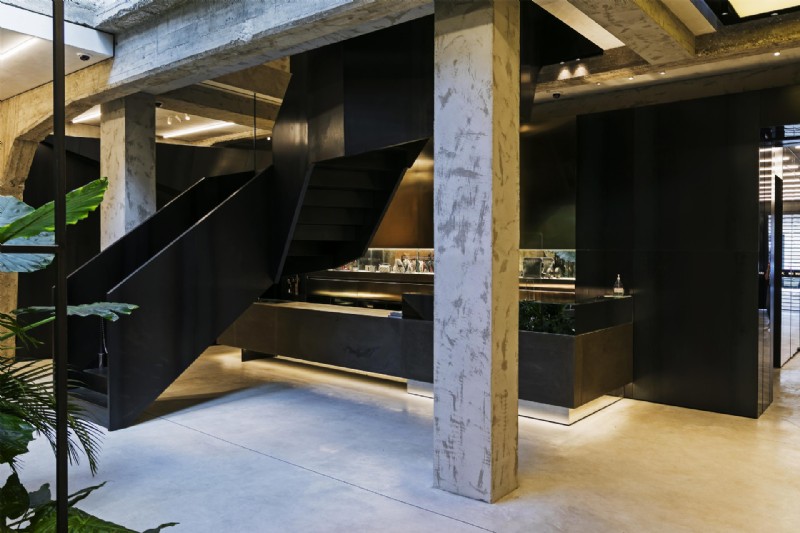 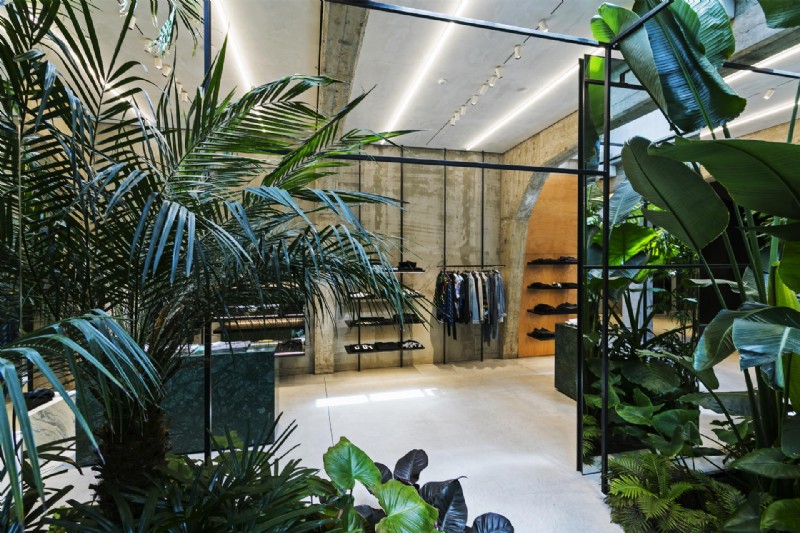 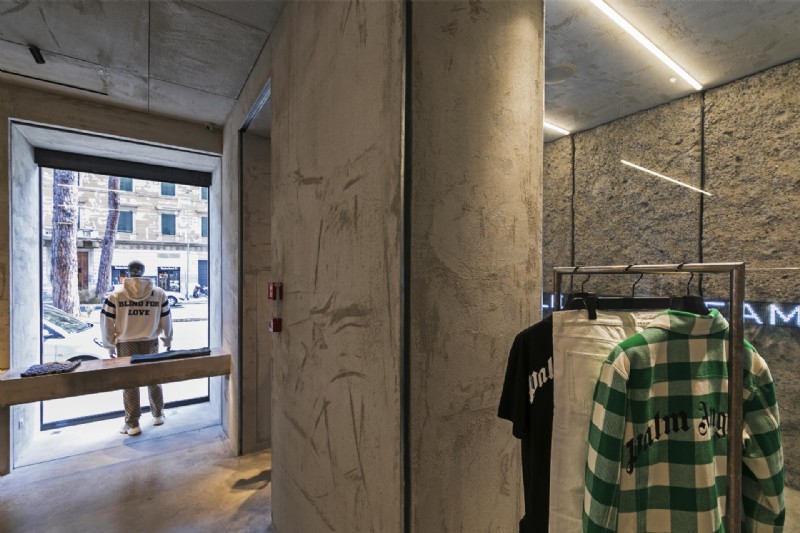 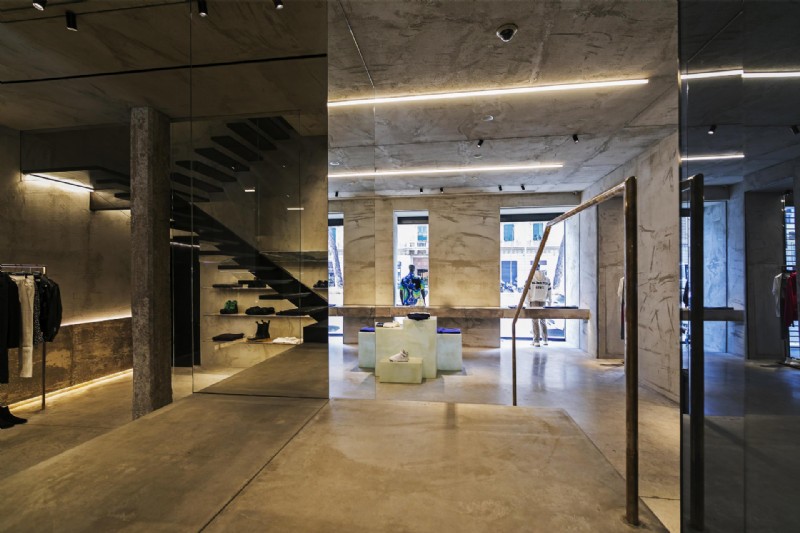 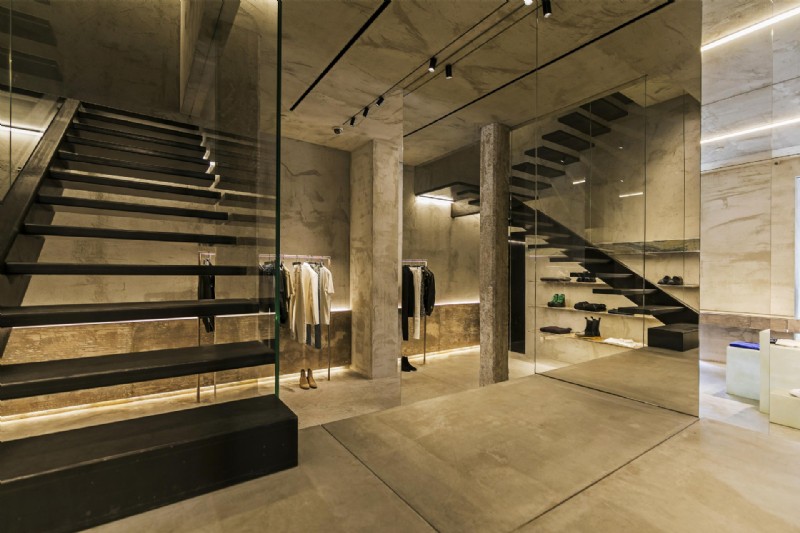 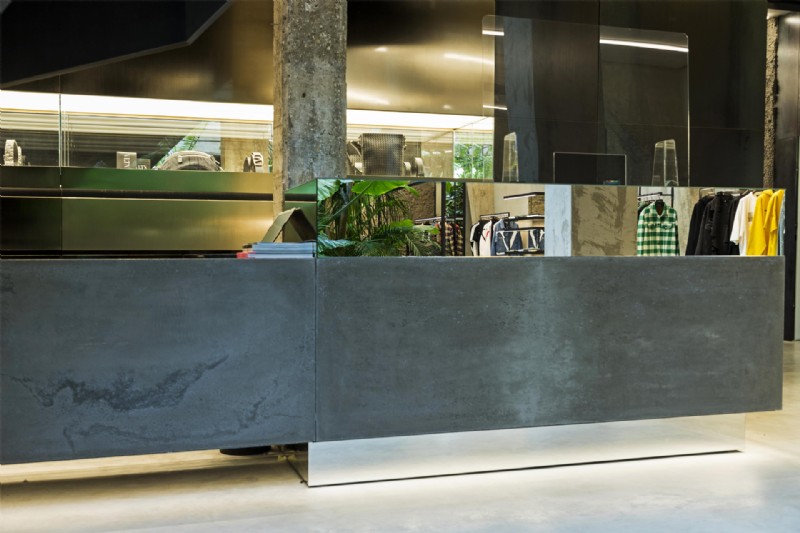 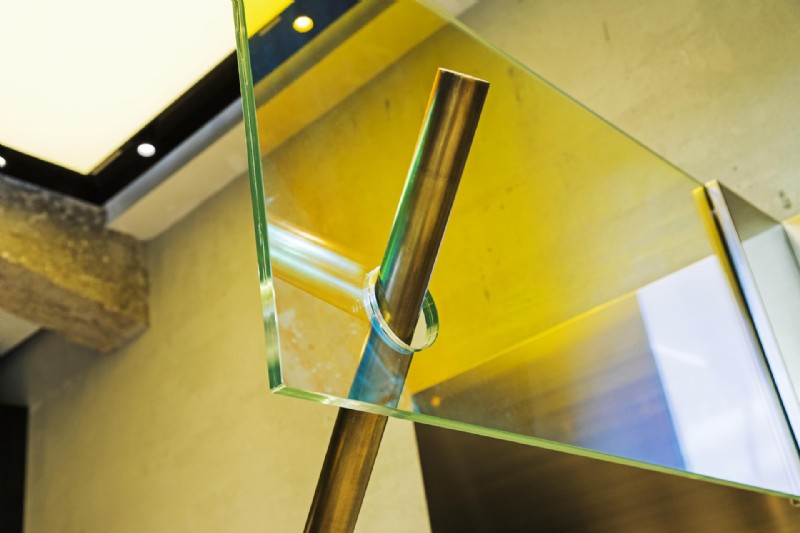 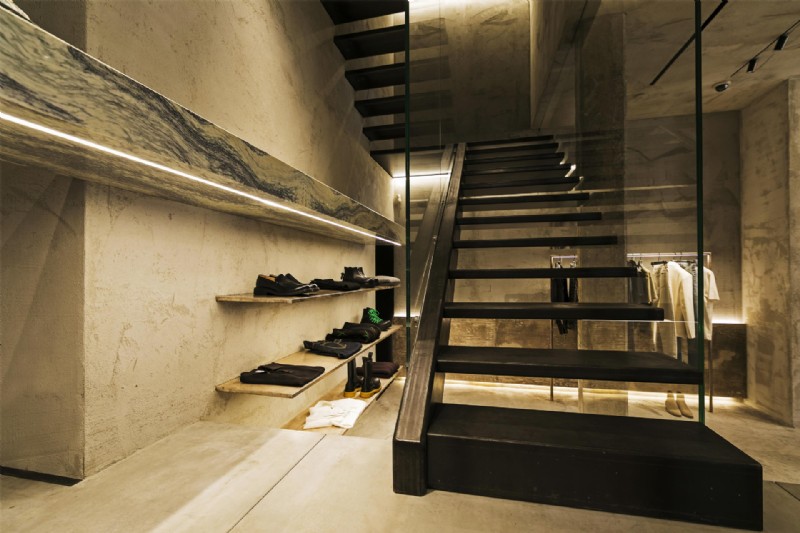 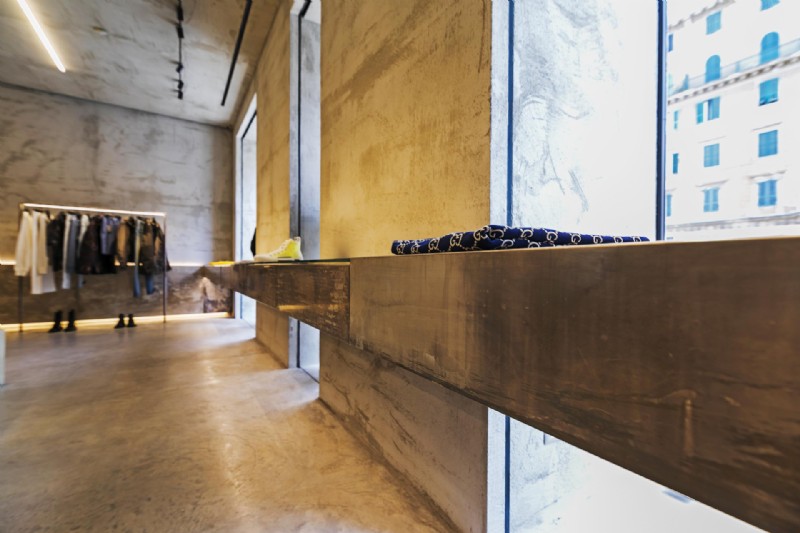 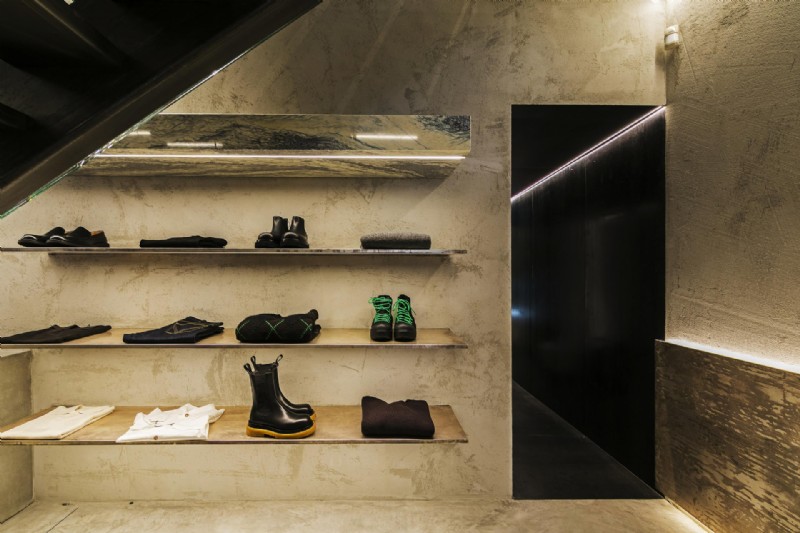 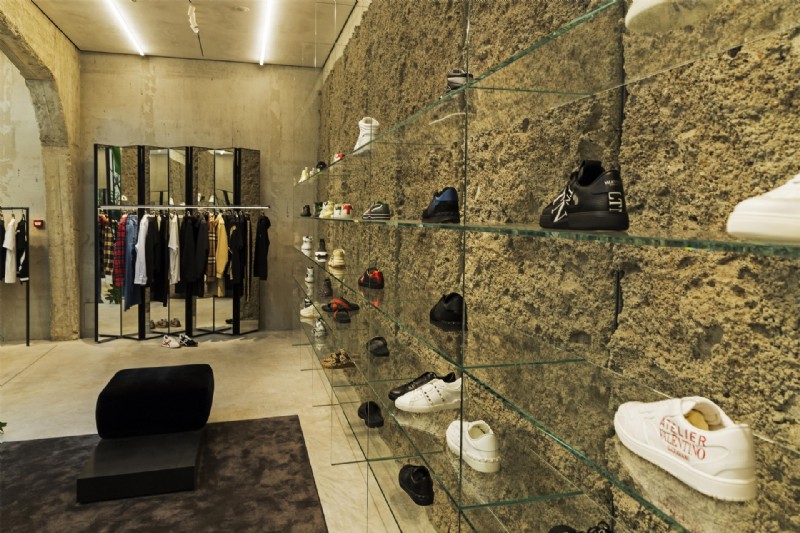 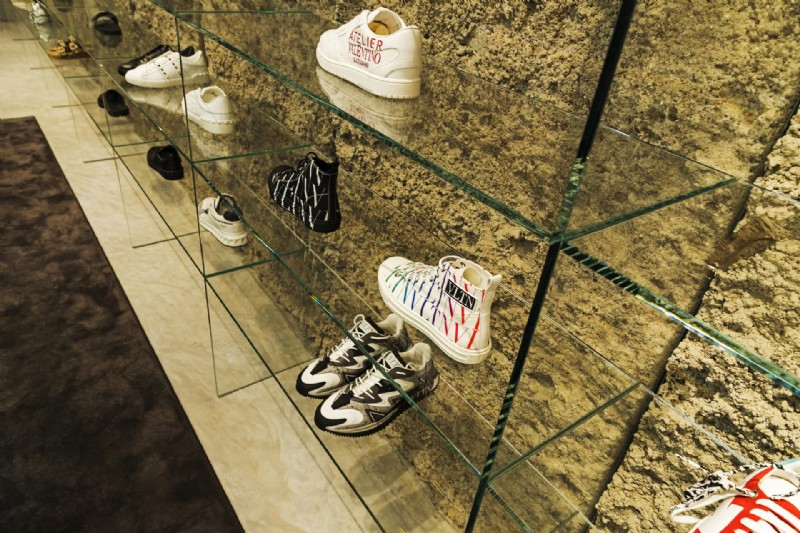 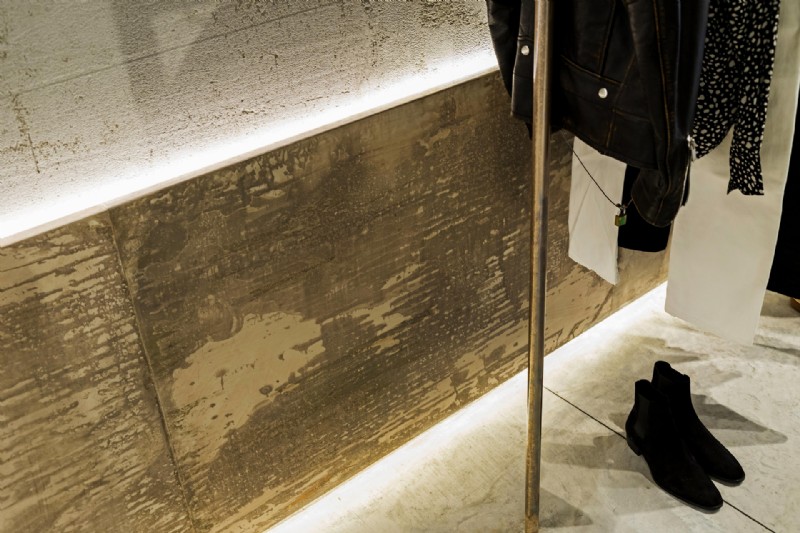 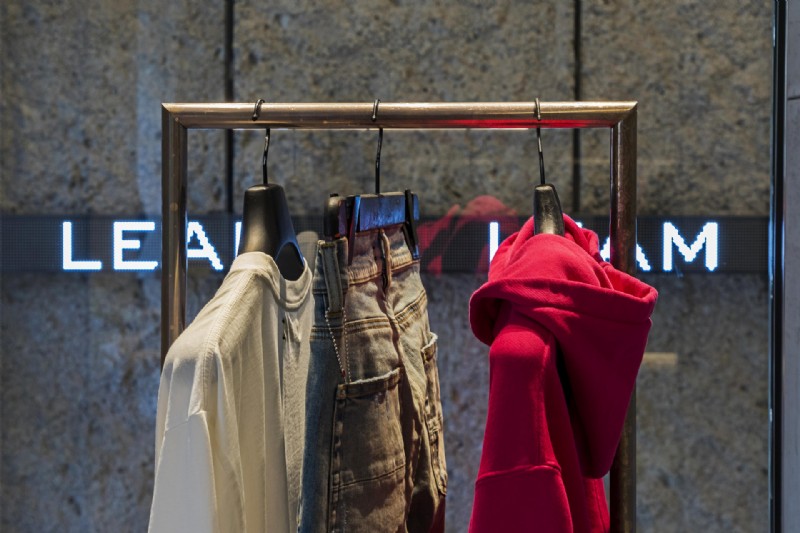 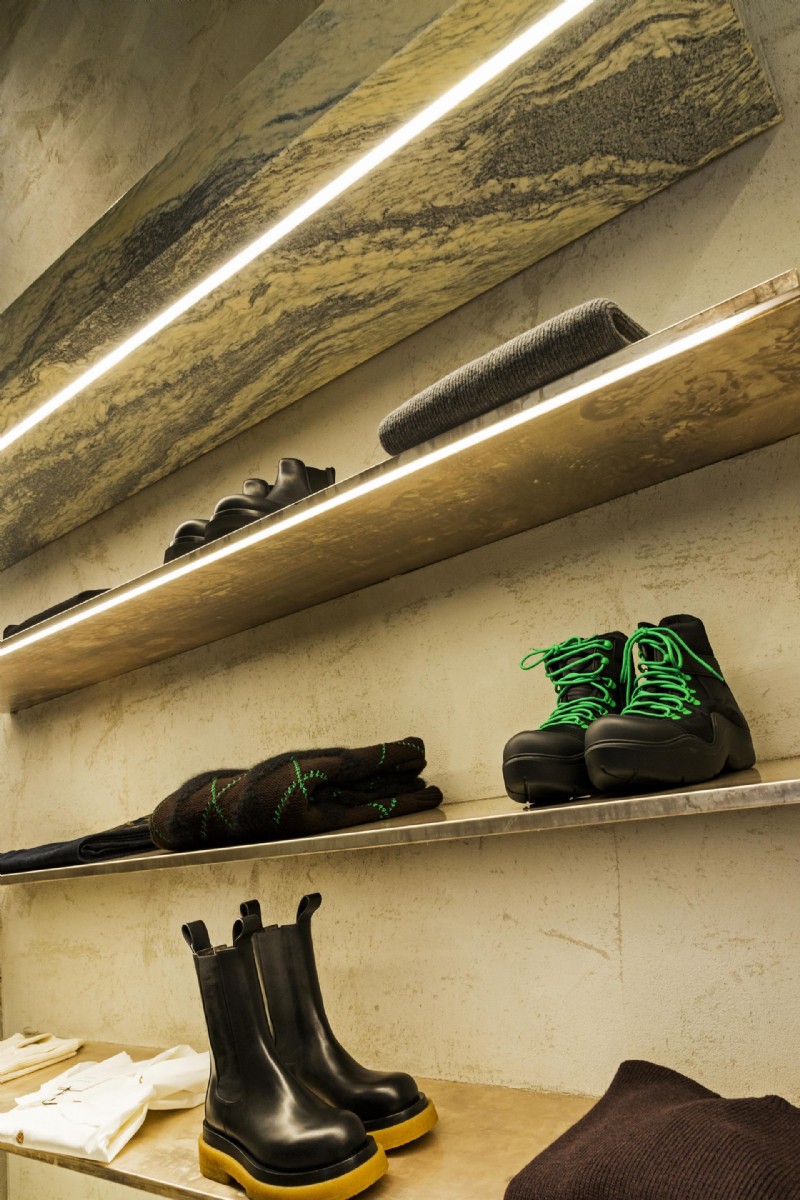 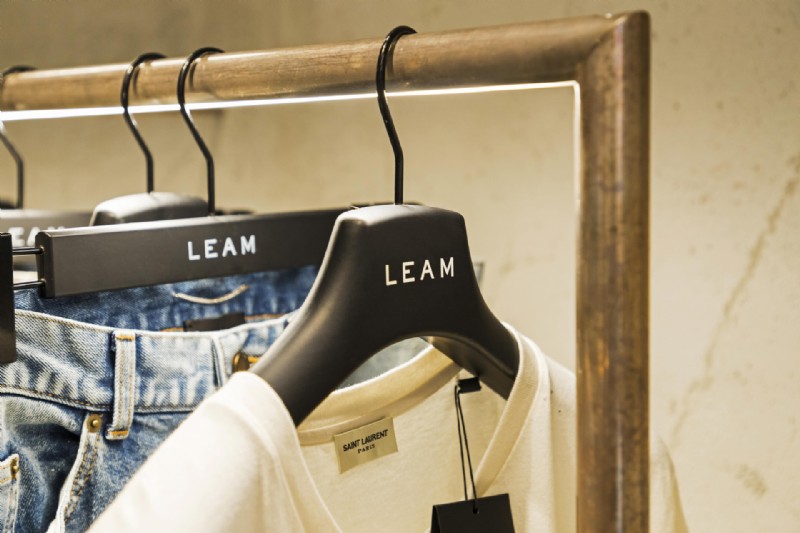 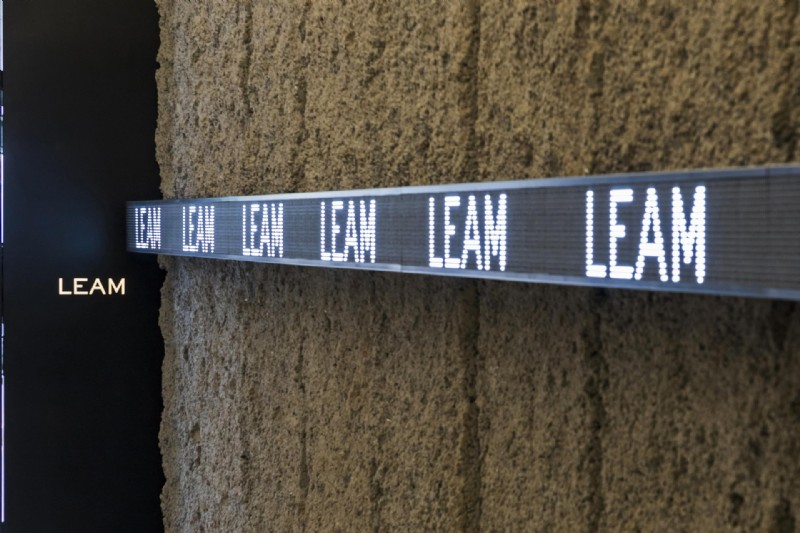 Different situations to be given a more contemporary and homogeneous image.

This is the input of the owners, who once again entrusted the MC studio, after the creation of the new image of the spaces dedicated to women, which took place about 10 years ago.

Now we have to intervene on all the constituent parts, a room on via Appia Nuova of about 100 sqm, with annexed spaces on the first floor of further 140 sqm, an old warehouse with an industrial flavor of about 210 sqm, the aforementioned "woman" spaces (where a refurbishment intervention will be carried out) and a connecting gallery on the same via Appia Nuova of about 40 sqm.

The design idea starts from the most characterized environment, the old warehouse, brought to bare, further emphasizing its industrial character. Exposed concrete cast in place, rough plaster, plaster skimming are the materials used for the "architectural box".

The existing skylight remains the spatial fulcrum: under it is made the green jungle, a thin metal cage containing native and non-native essences, representation of the "Jungle" as a historical period characterizing the world of fashion and beyond.

The furnishings that gravitate around it also have the only common thread in the variety, whether it be of forms or materials, never giving a rhythm to the user, always creating continuous interest. Precious marbles, from "cipollino" to "verde alpi", iridescent glass, mirrors, multilayer wood, all dosed to be non-invasive.

The iron, material of union also with the previous project, is here used to highlight the connecting elements, both horizontal and vertical.

Above all, the latter becomes a real architectural object: a sculptural staircase, with an unusual "Z" development, which gravitates on the cash desk area, amplifying its presence.

A tunnel completely lined in black calamine iron, compressed also in height to highlight, in the usual game of contrasts, in addition to the imposing space described also the important height of the new part on the street.

Also in this space the architectural box is brought to bare, demolishing all the superfluous, highlighting the openings and the height levels with a few simple elements.

The exposed concrete characterizes the pre-existences, the rough plaster completes the environments.

The furnishings are reduced to the essential, simple forms enriched only by the use of precious materials such as oxidized silver and marble.

Same use of iron to highlight the vertical connections, in this case creating a light structure, also simplified to the essence.

The entrance tunnel, element of union, introduces, not only physically but also materially, to the various spaces. The dialogue between cast concrete and mirror, essential materials used in contrast, is interrupted only by a 12 m long RGB Led scribe, a dynamic communication element.

ARE YOU INTERESTED IN CREATING
YOUR YOUR BOUTIQUE WITH US?

Other our works: Boutique